I'm afraid I'm one of those who really loves the idea of the New Year. Like The Doctor, I've always found the idea of cyclical regeneration very appealing - long may it last!

I know that it's customary to make a whole list of New Year resolutions that you know you aught to make but the likelihood of keeping them is about as likely as the weather promising no rain! So I'm not going to create a list as such, but I am going to share with you some of my reflections and hopes for next year.

2013 has been incredibly kind to my little family. (Thank you, Fates) I am aware that for many of my friends (and I include all my long distance Twitter and FB friends here) 2013 has not been so kindly. I have watched some of you struggle with the most tragic personal situations and my heart feels keenly. However, despite the most challenging of circumstances,  my friends have demonstrated the most amazing strength, humour and kindness. I am blessed to know these people and they inspire me to become a better person.

2013 has also been a year full of creative triumphs and disappointments in our artist / writer  community - thankfully the triumphs have outweighed! The world of the indie artist is mercurial; Creativity is a cruel but bewitching mistress. Every time I see one of my fellow indies succeed I feel like it's another step forward in a cultural shift that must be encouraged. Independence of expression and thought are the most precious aspects of our humanity. Just five years ago, the indie writing world was a cruelly disparaged and disrespected community - look at us now! Go forth my fellow authors and write the best that you can, publish to the highest standards that you can, and go get those number one spots! (This is a war-cry to myself as much as to others.)

So 2014 - how excited I am to see you. Welcome! This year I am determined to focus on goals and productivity. I am determined not to let my creativity be weighed down by time wasting activities and negative thoughts. I will love more, laugh more and cry more, because that is what feeds the human soul. I promise to cherish the people I love and dispose (metaphorically of course) of those that try to bring me down and channel their crap onto me. I am going to build and not demolish, move forwards and not be held back by past chains.

In March the first of The Meadowsweet Chronicles comes out. It's a significant thing, to psychologically move on from The Knight Trilogy. It's exciting but it's also terrifying. I thought this feeling would change after having now published four books (but it hasn't). I have plotted out seven books in this series. Book One is now with Beta readers and Book Two needs to be started! The idea was meant to be that I wrote and published two a year *laughs*. Well, it was ambitious. There have been several setbacks on the way; like finding the topic you're writing about has sudde
nly become 'the' topic of the moment, which sounds good in theory but in reality you want to be writing about 'the' topic of the next moment; especially when you're such a slow writer. 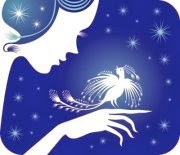 In May, the indie press house, Little Bird Publishing (of which I am a co-founder) is publishing Helen Whapshott's debut novel, 'The Glow.' I can't tell you how excited we are about this project. It's the first full representation LBPH has undertaken and it's such an exciting time for everybody. It will be hotly followed by the publication of two other authors this year. (Names to be announced soon) From little acorns grow great oaks. 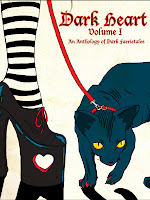 th LBPH. It's a chance to work with some really talented indie writers and to pull together an anthology of work that forms a showcase. Submissions are now open and more about the project can be found at

June will also see the official release of 'When Sorrows Come' in paperback and e-book form. It was written las part of NaNoWriMo2012 and has been on Wattpad since and clocked up over a thousand reads. It's time to let that baby fly. It's a story I am very attached to.

After that ... who knows. Hopefully towards the late autumn the second book of The Meadowsweet Chronicles will be out.
Posted by katie M John at 02:06