This year for Coffin Hop, I have decided to do a little scroll of micro-blog posts on this one blog page. It's a chance to share with you my love of Coffin Hop and writing horror. It's also a chance for some of you to catch up with what's been happening over the last 12 months - like a sort of Halloween round robin ... only he's wearing a comical arrow through his chest and a lot of fake blood.

PSST... There's a funky giveaway at the end of the scroll for a chance to win a Katie M John randoms pack, which includes a signed paperback copy of 'Beautiful Freaks', a Tibetan silver & Semi-precious stone book charm, and a set of groovy plastic skull string lights
:D

WHY I LOVE COFFIN HOP

1) It's the one time of year that I actually check in with some amazing writer / author peeps who I admire and respect - and like every true friendship, it doesn't seem to matter that a whole year (where the hell did that go?) has passed since we last talked properly, we just go on and hook right back up where we left of.

2) I get to check out a brilliant array of fringe horror - by that I mean, Horror stories that are not afraid to play around with expectations, tropes and boundaries. Many of the Coffin Hoppers are independent authors and with their work comes an amazing authenticity of voice that personally, I feel is a little lost in the mainstream horror market.

3) It's great fun and I get to have a go at bagging lots of funky swag - some serious and some that is just darned right ludicrous. (In this vein, check out my cheesy Coffin Hop prize this year - tasteful, I'm sure you'll agree.) 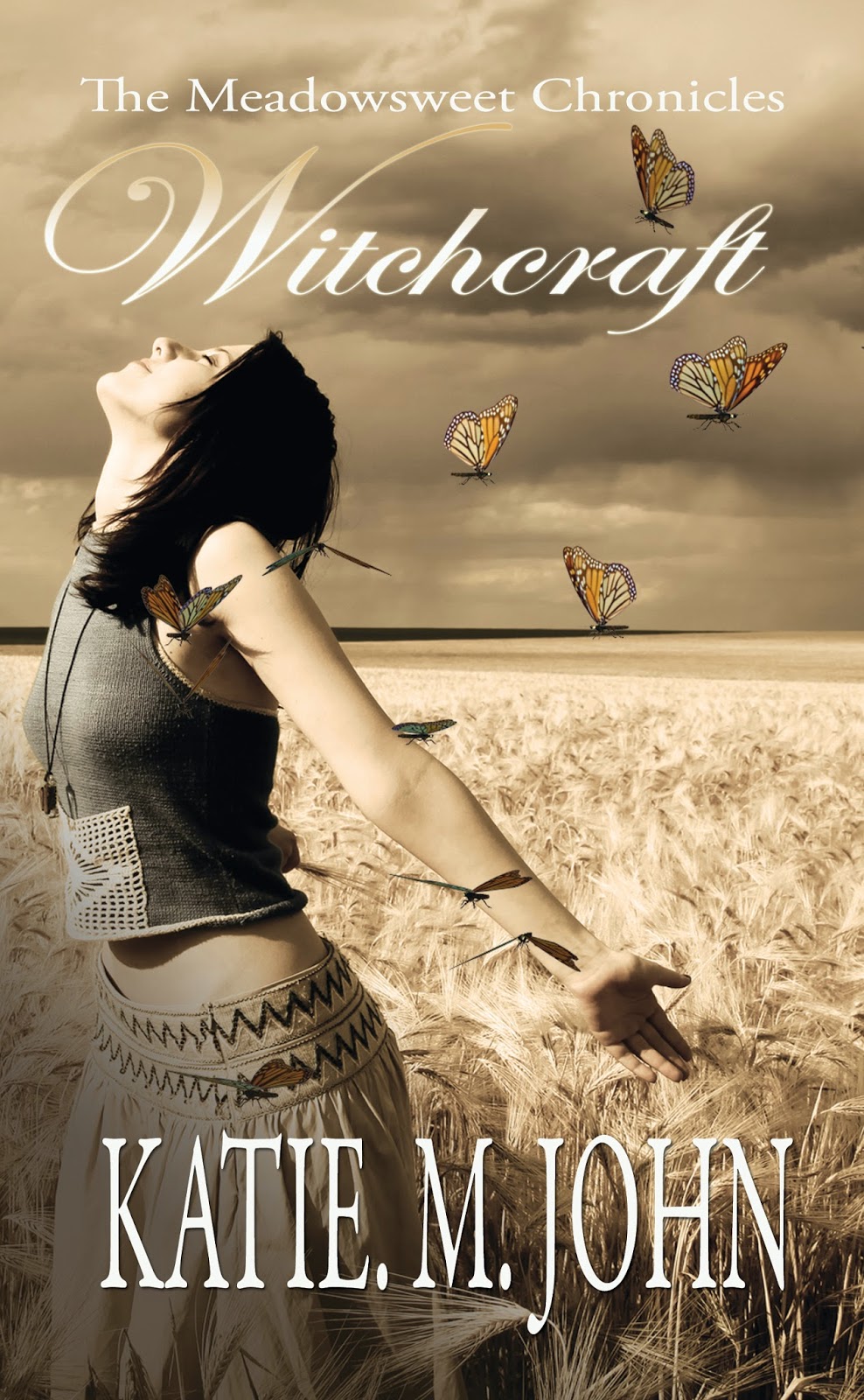 I've just launched book one of The Meadowsweet Chronicles, called 'Witchcraft'. It is the first book of a seven book series that explores and blends together The American Gothic and traditional English folklore and Pagan mythology.

I cut my teeth on works like James Herbert's 'The Magic Cottage' and films like 'The Wicker Man'. When I was a teenager, I fell in love with retro 70's road trip movies that inevitably ended up with some poor blonde virgin being stuck on an altar - and of course, their was Poe and Lovecraft. In a way, The Meadowsweet Chronicles are a very selfish indulgence - it is a project for my own entertainment; blending every trope and feature of such cultural cache. Be sure to have your trope bingo board ready.

As part of the launch celebration for 'Witchcraft' I am running an epic giveaway, which includes a Samhain Blessings Chest - whilst you're here take the opportunity to enter at http://www.katiemjohn.com

NaNoWriMo - A chance to indulge the dark-side 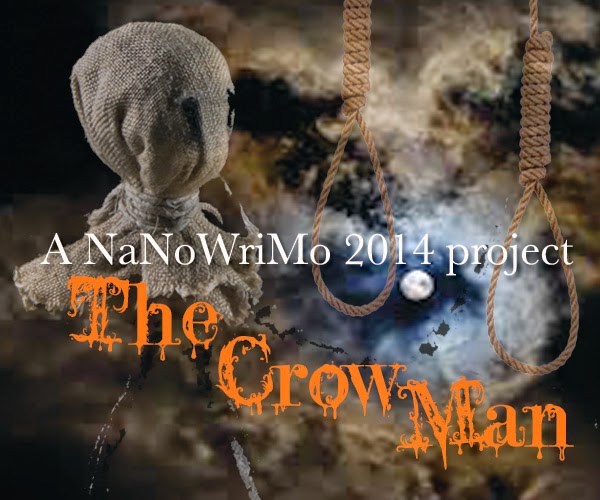 This year I shall be using NaNoWriMo to attempt the completion of my adult classic style horror novel called 'The Crow Man'. I have been wanting to dedicate the time to finally writing my first full length adult horror novel for years - only I've come to realise that I don't have the luxury of time. I did my first NaNoWriMo back in 2012, and with spirited newbie enthusiasm I completed it - almost to the word. In 2013, life became a little more demanding for all kinds of reasons and I Failed miserably, only completing just 4,000 words of 'The Crow Man' manuscript. Not this year! This year I am going to do it. Especially as I have kind of challenged my fabulously talented friend Belinda Frisch to the finish line.

In Spring of this year I made one of the most difficult decisions of my life, I quit my day-job. Only my day job was a job I loved; it was teaching English in a London secondary comprehensive school (High School for my U.S friends) After 13 years of passionate teaching service, I came to the heartfelt decision that I needed to take a sabbatical from the profession. The main reasons for this were, firstly, my children - who may as well have been in boarding school for five days of the week, and secondly, my other baby, my writing. I was becoming intolerable to live with - a frustrated writer with too many stories and characters in their head with too little time to let them free. 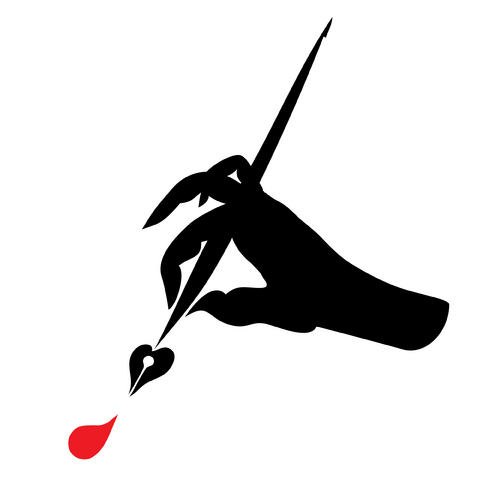 Teaching and writing are not exactly easy bed fellows - they both demand your whole soul. But more than that, when writing I was always conscious of my social role and position in society. I write primarily fiction for Young Adults and so there are of course 'normal' boundaries in place when writing for such an audience, however, any deviation, challenge or subversion of such structures put me in a really vulnerable position. And yes, I could have written under a nom de plume - but somehow it didn't feel right - somehow that made it feel even more dishonest and unacceptable.

This was especially the case when it came to writing horror. No matter how carefully crafted and tailored the pieces were, I always lived with that fear that someone, somewhere would take offence and even more so because I was a teacher with the responsibility of young innocent *coughs* teens in her care. It's not that I want to go out there and write torture porn or extreme gore (casting no value judgement, just not my thing) but I do want to write books that explore the nature of 'evil' both in a traditional sense and a contemporary one - and sometimes the findings of those explorations don't fit neatly with the twin-set and pearl image of a high school English teacher.

Heart sorrow full, followed by pale phantomsHe winds his way through darkened avenues.Far in the distance, the echo-yap ofA hell hound’s bark splinters the silence. This citadel of restless, walking dead,Holds not the warmth of a beating human heart; Save one. The fading heart of Lillibet. Suddenly, the fear of being alone,Is outweighed by fears of duplicate shadowsThere is blood on the moon, cries from the ground, For in this place only the dead are found. 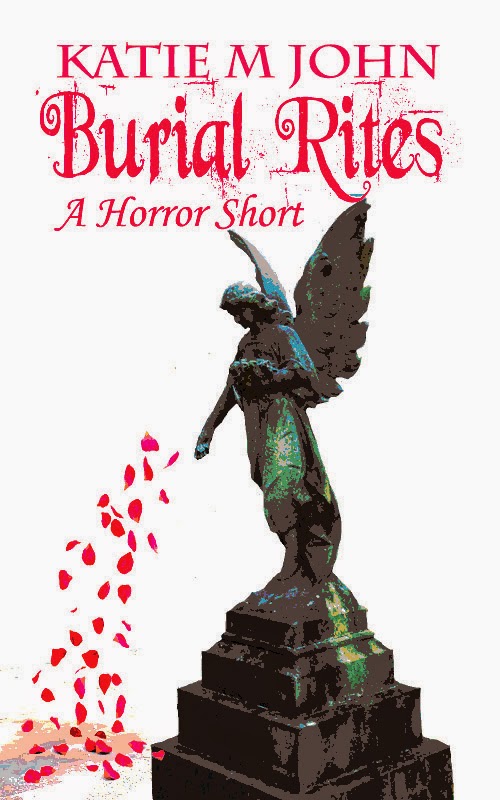 Ever since the sixteen year old Lillian Gladstone had been the unfortunate child to have been locked in the play chest as a playful prank, her worst fear was being buried alive; the thought of suffocating on her own screams plagued her dreams for years.
In an attempt to know her enemy better, Lillian had become obsessed with all things death – it was an obsession that both her parents and her peers thought too weird to be loveable, and so death ironically both her dearest companion and her most fearful foe.

To read more, head over to Wattpad on this link http://www.wattpad.com/story/9337711-burial-rites-a-coffin-hop-treat  I would love to hear your comments and feedback.


That's all folks - oh except for the giveaway. 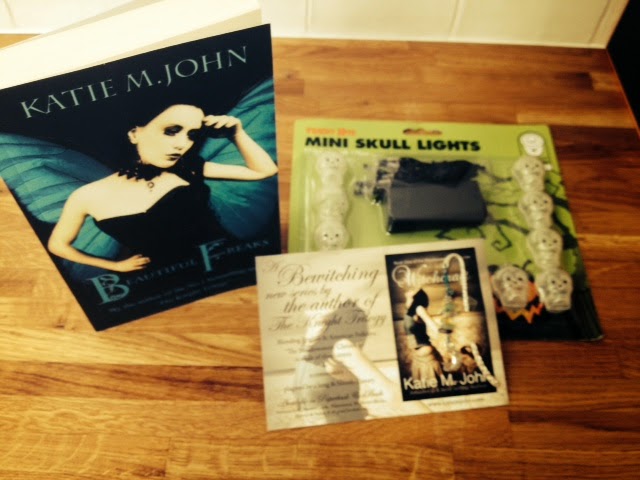 So to be in with a chance of winning these fabulous skull head lights, a handmade 'Witchcraft' book mark made from real semi-precious stones and Tibetan silver, a signed paperback copy of 'Beautiful Freaks' - call it a pack of Katie M John Randoms, all you've got to do is leave a comment in the box below.

HEAD BACK TO THE COFFIN HOP and HAVE LOTS MORE FUN HOPPING AROUND. CLICK http:/www.coffinhop.com TO GO.

Thanks for stopping by. Don't forget to leave your comment.