Why I've taken the plunge and Revised 'The Forest of Adventures'

Several weeks ago, JK Rowling announced that she had regrets about how she had chosen to end Harry Potter. She said (to loosely paraphrase) that she had shied away from the ending that should have been; Harry and Hermione should have ended up together. 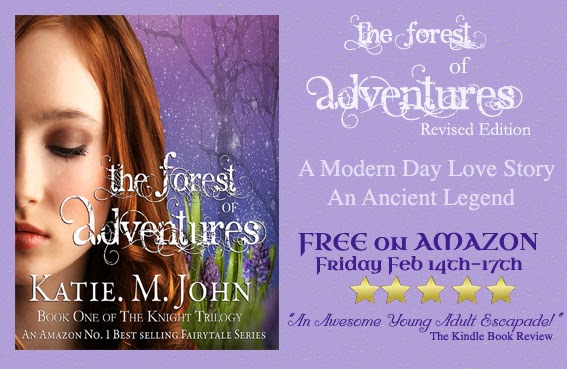 Her admission of regret (and that she had felt that she had made a mistake)  had a profound effect on me and I want to share with you what happened.

In a nutshell, I revisited The Forest of Adventures, the first novel I wrote and published, and I reworked it. There, I’ve admitted it to the world – my debut novel needed work!  And by doing this I’m running a huge risk of distorting (maybe even destroying) the smoke and mirror illusion of confidence so crucial in the magical world of publishing.

Firstly, let me assert that I didn’t do it because The Forest of Adventures was a flop - far from it. (It has sold over 10,000 copies, been a number 1 Best Selling Fairy-Tale on Amazon, reached the giddy heights of the top 1000 paid bestsellers and has a star rating of 4 on Amazon and Goodreads) but it isn’t averaging 5 star.

Yes, it’s had plenty of 5 star reviews (and some from some very respected bloggers and reviewers) but on average it hits a 4. On average only 78% of people think it is worth 3 or more stars – and the reason… annoying editing errors.

I knew they were there. Occasionally some grammar-typo-zealot would berate me over them (and despite “loving the concept”) still felt that those incy-wincy errors meant that the book (and the author) should be punished with a 1 or 2 star rating.

I’d read such reviews and sigh, not able to get upset, because I knew they had a point. I was so aware that they had a point that I refused to read my own book for three years!!! I just couldn’t face the humiliation of stumbling across them. So I put my head in the sand and when asked about my author-life, I found myself apologizing for my first book.

It didn't meant that I didn't learn my lesson; every subsequent book I published was professionally edited (at great and probably irrecoverable cost) but there just weren’t enough pennies in the pot when I set about my journey to afford a professional editor.

So it was with great trepidation that I breathed in deep and opened up my MS of The Forest of Adventures; one eye closed, the other only peeping, in anticipation of the horror I was certain I would  find.

I started to read, and then I read some more, and before I knew it, I was wrapped up in the world I had created; falling in love with my characters all over again. I discovered that my writing (albeit a little flawed in places) was really quite beautiful at times, and certainly nothing to be ashamed of – not for a debut novel: not for someone starting off on their journey.

And boy, have I learned A LOT on that four-year writing journey. My writing is much stronger, more crafted, less passive, less purple. It’s  tighter, sharper and more grammatically accurate then it was four years ago. It was a joy to revisit my less experienced self; to see the heart of my authorship. So I applied my newly learned craft to my novel. (Big thanks to Mr S King!)

And then I paid to have it proof read. It won’t mean it’s 100% perfect (I’m sure there will be still some pesky typo somewhere, hidden amongst the 70,000 words – even the traditionally published authors by the big 6 find out how difficult it is to reach perfection) but it’s certainly eradicated almost all of the demons, and hopefully enough of them to appease the purists.

I know that I’m never going to please every reader, but I have pleased this author. I will never again apologise for Book One of a series I love with a whole heart. I will never find myself wincing when a friend tells me they love it (and I know that are too ‘kind’ to tell me its errors).

So if you have been one of my awesome readers kind enough to purchase a copy for your Kindle, you will be able to download a FREE REVISED COPY over the weekend of 14th-17th of February.  Hopefully you will re-fall in love with Blake & Mina's story as I have.

If you are a potential reader, put off by some of the reviews that suggest it needs better editing perhaps you’d also like to download a FREE copy this weekend and give it a go for yourself.

And of course, if you spot any errors please contact me at www.katiemjohn.com and I’ll reward your efforts with swag – I guess we can’t say fairer than that.
Posted by katie M John at 11:03