So this is the last day of bringing you a little taste of the UtopYA Author and Reader con direct to your armchair and today it's time to welcome you to my store. I hope you like it. Along with the other authors in this series, I have thrown a whole selection of swag into the bag.

Don't forget to enter the epic-scale UtopYA Swag giveaway at the end of the post. You can enter everyday of the virtual con and a full list of prizes and details can be found in this post HERE

A contemporary YA Arthurian legend series set in Cornwall.

Mina's life is nicely ordered, thank you very much. She has a clear handle or reality and a well plotted life plan. But when she finds herself unwillingly falling for the mysterious new boy at college, she discovers that sometimes destiny has a different design.

With his seductive combination of mystery and handsome good looks, Blake proves an irresistible lure. And although being swept off of her feet by a knight on a white horse was not part of Mina's original plan, she finds herself increasingly enchanted by the world he inhabits.

As terrible, heartbreaking events rock her daily world, Mina finds herself retreating deeper into a world she only thought existed in fairy-tales. But every fairy tale has its wicked witch, and Morgan Le Fay is the wickedest witch of them all; especially as she has designs on Blake's heart. All too soon Mina realises that even in a fantasy world, there is no guarantee of 'a happily ever after'.

Ever since its earliest days, the small English village of Heargton has been steeped in the occult. Tales of witchcraft and paranormal activity have been part of the local folklore for generations. Some people blame the lay lines that intersect at the very centre of the village, others blame a terrible curse.

700 years on, Heargton Village still holds dark secrets, and when one of the village girls falls victim to a terrible ritual killing, the old superstitions resurface.

At the heart of these whispers are the Meadowsweet sisters. All beautiful, all charming, all eccentric, but it is the middle daughter, seventeen-year-old Fox, who captures the imagination of American newcomer Jeremiah Chase; a deviant New York playboy sent to live with his Aunt in the Chase ancestral home of Coldstone Hall. A place that has its own grisly history.

But, as Jeremiah discovers the history of the Meadowsweet Sisters, the Chase family history is also unearthed, leading Jeremiah to understand that good and evil are not always on opposing sides.

A tale of witchcraft, demons and ghosts, blending traditional English folklore with the American Gothic. 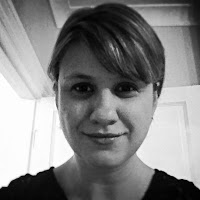 Writer of the Amazon Best Selling YA series, The Knight Trilogy, Katie is married to a handsome giant and mummy to a mud-puddle fairy. She likes to write whilst drinking tea and eating jaffa cakes. Most of the time she lives in a fairytale world but other than that she is completely and utterly normal.

Katie's debut YA fairtytale series, 'The Knight Trilogy' has become an international best-seller in several chart categories, Contemporary Fantasy, Myths and Legends, Paranormal Romance. It has also been an Amazon No 1. Best-selling Fairytale.

She has just released Book 2 in her new 7 book series, 'The Meadowsweet Chronicles' a paranormal series that blends together English folklore and the American Gothic in a fast paced, action filled mash-up.

Her work is a blend of rich imagery and fast paced action. Before writing full length novels, Katie wrote poetry, her works being published in several anthology publications. 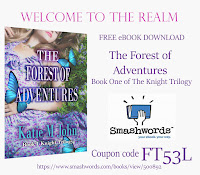 
a Rafflecopter giveaway
Posted by katie M John at 08:50