A Conversation with Author Hazel Robinson

Today on the blog it is my great pleasure to be hosting Hazel Robinson, who has come over to talk about a phenomenally exciting project she has been pulling together, and which I have the great privilege of being involved in. 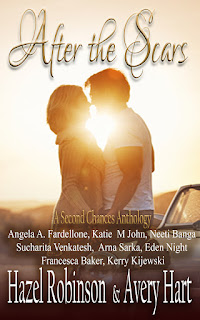 Tomorrow sees the release of an amazing charity anthology called, 'After The Scars' (A Second Chances Anthology) It will be available on Amazon worldwide for just $2.99

It features a collection of fictional stories on the theme of emergence and healing after periods of emotional and physical abuse. Each story tells the story of a woman growing out of the darkness and moving on to find happiness, love and reconciliation.

What makes this anthology even more special is that Little Bird Publishing House have donated 80% of the production costs and the authors have donated their stories, meaning that after a small amount of costs, all proceeds from the sale of the eBook and paperback are going to the charity, 'Refuge', an organisation that helps women escape from abusive and threatening relationships.

It is an incredibly moving and captivating series of stories and I am proud for my story, 'The Emergence of Julia Gray' to sit alongside such powerful and beautifully told stories.

In order to celebrate the release of the anthology Little Bird has given me 2x paperback editions of Hazel Robinson's romance novel, 'Something Missing' up for grabs. All you've got to do is leave a comment in the box below and two random winners will be picked in a month's time.

A CONVERSATION WITH HAZEL 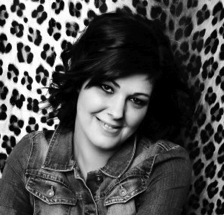 Where we have chat about the anthology 'After The Scars'.

K: So, Hazel, welcome. We've been Little Bird author buddies for a year now, and I have to say I really love 'Something Missing
H: Thank you, Katie, it has been an amazing year! And I have loves working with everyone.

K: So you've been working really hard getting involved in the romance author community, tell us a little bit about that.
﻿﻿H: Well where do I begin? It’s been a huge adventure. Romance is a massive target to hit at the moment. I mean there are so many different sub-genre of romance. I have joined so many groups and met hundreds of different readers and writers. I have been reading a wide range of romance books too, and one thing I did feel is that a lot of books are very similar at the moment.

K: And because of that, The Second Chances Anthology idea was born?
H: Yes. I had a short story idea but couldn’t find the right anthology competition to enter it in to. And with romance been so huge at the moment, I thought it would be brilliant for my publisher, Little Bird to venture down that road too.
﻿﻿
K: You've called this anthology 'After The Scars', why is that?
H: Well that title came further down the line after we started going through the stories we loved. They all have a similar theme to them. Stories from after some sort of hurt or pain, some physical and some mental.

K: What do you hope readers will get from reading the anthology?
H: The main thing is hope. Like I said, all the stories are mainly about picking yourself up and holding your head up high. These stories are written by women for women (although that doesn’t rule men out of our readers) but it’s about giving women the strength to carry on.

K: After The Scars is a charity anthology, what do you mean by that and how does it work?
H: As almost all of the stories and poems engage with the theme of abusive relationships, in all their various guises, it felt fitting to offer the proceeds to a charity that is doing great work in supporting women escape abusive relationships. The charity the authors chose was 'Refuge' and more can be found out about it here http://www.refuge.org.uk/ My publisher, Little Bird Publishing wavered over 80% of the production costs, donating hours of time and skills meaning that after a small amount of costs, all proceeds will be donated to this incredibly important charity.

K: This is your first anthology. What were the challenges of working with so many different authors?
H: To be honest, at the start it was brilliant, it was very easy and the authors where amazing but then when it came down to the final crunch times some did go their separate ways for different reasons. But really they have all been amazing. They knew how new I was to it all and they were very patient with me.
K: LOL, I know what you mean. I’ve done several anthologies now and they are such a lot of work, mostly because there are lots of elements that you are not able to control, which is good in some ways, but a complete headache in others. It’s great when it comes together though.

K: Difficult question, but which piece would you say was your favourite in the anthology?
H: Well, you know how to put a girl on the spot! I kind of have two that stand out to me. The first has to be ‘Sweet Sixteen’ it’s one of the shorter of our stories but its also a sweet story that just give a reminder that sometimes a relationship just needs a little nudge to work things out. And the second (sorry to be a little biased) it has to be Beaten by myself! If I didn’t have the idea for the story then the anthology would never have happened.
K: It was a tough question because they are genuinely all so brilliant in their own way. My favourite has to be ‘When The Storm Breaks’ by Avery Hart. I really like the way she has worked with language in a different way. It’s a bit like the story ‘Rebirth’ by Eden Night; there’s an interesting approach to using language and layout differently; a kind of breaking of rules. Of course I think yours is also fab, Hazel – that’s a given.

K: So would you do it again?
H: Haha well even though it’s been stressful, yes I would! I have learnt loads from doing this project and it’s been fun at times.
K: It’s amazing what you learn about your own writing from working with others on theirs, isn’t it!

K: And what's your next project?
H: My next project (the little Bird team will be happy to know) is finishing the sequel to Something Missing. I just want to spend the next few months writing. I have a couple of just standalone stories I want to work on too.

2 x paperback editions of Hazel Robinson's 'Something Missing' is up for grabs.
All you got to do is to leave a comment below the post. 2 Random names will be pulled from the hat in a month's time. We'll drop you a message (so don't forget to add your twitter handle at the end of your comment)
Open to UK and USA only.