October 2015 and near as darn it 4 months on from UtopYA (UtopIa)  In some ways it feels an impossibly long time ago and in others, barely yesterday.

So here, along with many other resolutions that I made, is my monthly accountability post. A big element of Utopia is about focus and resolve. It's a space entirely yours to embrace your writing self, to reflect, to evaluate, to make those silent promises to yourself.

One of the things I did whilst at the Utopia conference was to create a spreadsheet titled 'OBJECTIVES' which runs along a time allocated grid. I can't tell you what a powerful tool that has been. It's seriously kept the chaos at bay.

PUT OUR HOUSE ON THE MARKET
So you might be thinking this is a little obscure; well let me explain. UtopYA followed by our 3 week road trip in the camper van with the hubby gave us a LOT of time for talking. Something indefinable happened to me at UtopYA. It not only gave me a silver bullet, but put a pistol in my hand and taught me how to fire it.
The result is that we are selling our house in London.
It's not the only reason, but it's been the catalyst. We're selling up our cutesy bijou London Cottage with its postage stamp garden and amazing access to the city of London and we're moving out West to a house with a huge garden and enough bedrooms for me to run a writers' retreat for 3-4 people one week a month. A space in which peeps can come and stay in incredible luxury, beautiful, quiet rooms, be fed good homemade meals made with produce from my kitchen garden, given large glasses of decent red wine, where they can explore their objectives, use the hot-tub, get a cover designed --- heck even get their work published if they wish. It is also a space in which I can properly hand myself over to this whole crazy book world; have an office, have a beautiful garden and, most importantly of all, have space for the girls to explore and play freely.
So the house has been completely set with the help of builders and decorators and it went on the market 3 days ago. We're hoping to be moved by Christmas. Oh, I should warn you, the house we're looking at buying is going to be a HUGE project - because I'm just not busy enough! 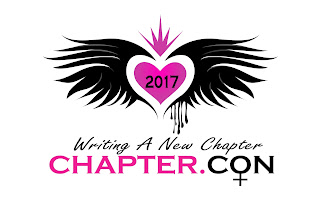 Established the foundations of Chapter.Con 2017. You can read more about that at www.chaptercon.weebly.com. We have panellists, opening Key Note, location, sponsors and website, ticket sales and social media platforms in place.

SECRET NOM DU PLUME PROJECT
I have written, worked and published a 10,000 novella under my other alter-ego.

I have just today finished, written 'The End' (YAY CELEBRATIONS A GO GO) on a 12 part episodic serialisation based on the original novel by the same name written back in 2012 called 'Beautiful Freaks.' Each episode is 10,000 words and will be coming out weekly from the 4th December.

CRACKED ON WITH DEVILRY BOOK 3 OF the MEADOWSWEET CHRONICLES
The word count currently stands at 60,000+ words and there is still two months of writing time allocated on the 'Objectives' chart.

THE CREATION OF A STREET TEAM
After many attempts over the years of trying to streamline some kind of sensible approach to the whole creation of a street team, I have finally managed to organise my administrative systems to one single Google.Doc.Form and as a result have acquired a lovely, dedicated and supportive street team of twelve people so far (in the first week of request) who are going to help support, promote and spread the word about what it is I'm doing.

CELEBRATIONS: 5 YEARS OF KNIGHT TRILOGY and 1 YEAR OF MEADOWSWEET
Although not big tasks in themselves, they are important and part of my objectives list so here it is. This December sees my 5th year anniversary of being an 'AUTHOR', and the publication of 'The Forest of Adventures'. I have put together a media pack and rafflecopter giveaway pack to hand out to bloggers and author friends to do a birthday spotlight and giveaway post.

As well as this, I have also created media packs for the first year anniversary of 'Witchcraft' and for the launch of Beautiful Freaks.

THE APPOINTMENT OF A PR ASSISTANT
So I came to the conclusion that it was really very, very difficult going it alone and so I have finally relinquished some of my control (yeah, I do admit that is a failing of mine) to appoint the amazing Nathalie Raven to do 10 hours of PR work for me a month, which means hopefully I can hook up and connect with more blogs, bloggers and readers. She's going to help me sort out my mailing list - something also on the objectives list.

RE-ENERGISED THE BLOG
I took part in a 10 day intensive Blog Hop called #OctoberFrights in which I blogged everyday (well almost) with he intention of meeting new people, authors and readers. It was a chance to really boost the traffic to my blog and to focus my mind on getting some really meaty and interesting content on there. It was a great opportunity to play around with different types of blog posts and work out what worked and what didn't - I wouldn't say I have the answers, but I have learned a lot from it, and met some great folks. 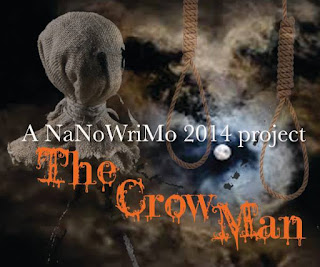 Okay, so this might not be as impressive as some of the other achievements, but mentally preparing and dusting off the MS I have been working on for the last two NaNoWriMo projects is no easy undertaking in my chaotic filing system. This year I am planning on using NaNoWriMo in a slightly less conventional way. I want to finish 'Crow Man' which will be approximately another 25,000 words, and then I want to write a complete side novella to The Knight Trilogy, called 'DELTA' which I would like to come in at 25-30,000 words.

DESIGNED THE COVER FOR 'WHEN SORROWS COME'
Have begun the preliminary preparations for the release of 'When Sorrows Come' a stand alone Contemporary NA Tragic-Romance. The Cover is designed and other social media artwork underway.

If you would like to be part of the Katie M John Street Team, which basically means you can stick up pre-made blog posts onto your blog then please fill in the form below. THANK YOU x