HAPPY RELEASE DAY to my brilliantly talented friend Joanna S. Morris. Isn't her cover just absolutely gorgeous. I'm so excited to get my hands on a copy of this. I met Joanna at UtopYA 2015 and not only is she kind, gorgeous and funny, but her books totally rock too. 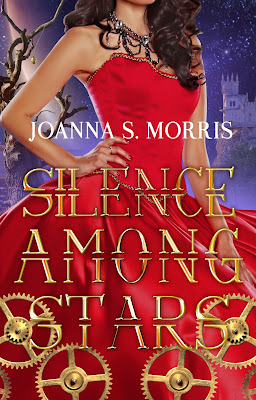 The right choice will set you free.

Eden Huntleigh is the envy of every teenage girl in the palace. As the intended bride of Cesar, the sovereign leader of Empyrean, she has everything she could ever desire and yet she is unable to ignore the nagging perception that something isn't right.


Her world is turned upside down when she meets a handsome stranger who insists that she isn't who she thinks she is. Try as he might, the only way to prove it is for her to leave with him and join up with the Rebel group to whom she belongs. At least that's what he says.

When faced with an impossible decision, assume her place next to Cesar or take a leap of faith into a world of the unknown, will she have the courage to follow her heart in the name of destiny?
Book 2 in the Echo Series
Now Available on Amazon, B&N, iTunes and Kobo
(Add links here) 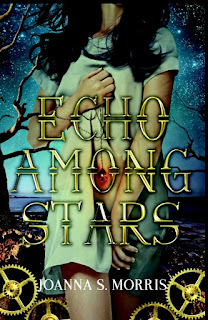 ALSO AVAILABLE
Book 1 of the Echo Series
Would you risk everything you thought you knew about yourself if it meant saving everyone you love?

In this thrilling debut novel, sixteen-year-old Eden Huntleigh and her family live within the district of Empyrean. Under the rule of The Renegades, and their tyrant leader Cesar, every aspect of life is controlled. Streets are patrolled by humanoid Enforcers. Necessities are rationed. Disobedience is not tolerated.

When Eden receives an omen, and joins a group of Rebels led by the alluring Leo Dillon, her life begins to unravel.

Just as the Rebels are beginning to understand what they are capable of Cesar has kidnapped their families forcing them to strike before they are ready. Once inside the Empyrean palace they discover the horror of what they are truly facing. Does Eden have what it takes to be the legend she was destined to be? Ready or not she's about to find out..
Amazon   Barnes and Noble  iTunes   Kobo


ABOUT THE AUTHOR
JoAnna S. Morris was born in sunny California and raised, worlds apart, in good ol' Oklahoma, USA.
She's been absorbed in words since she can remember. From journal entries to the hundreds of screenplays- mostly of the horror variety- somewhere in her mother's storage, she's been writing since she could hold a pen.
With encouragement from her family, she decided to take the plunge and pursue the dream that's always haunted her.
Some of her favorite things include her family, Brad Pitt, movies, Justin Timberlake, reading, writing, laughing until her sides ache, and  painting. 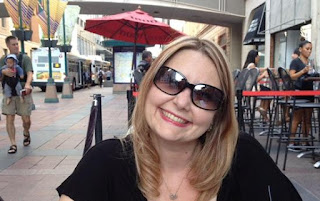