A Life After Bullying. Silencing the Dominant Voice. 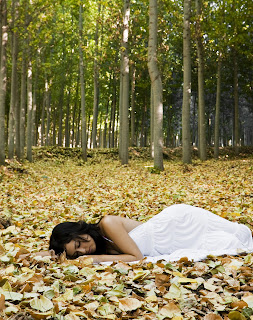 #RetreatMusings
How can our adult self finally begin to reconcile ourselves with past bullying experiences?

We need to open ourselves up to the idea that we are loveable.

Too often we anticipate rejection and humiliation because of a few experiences of dominant voices, which our hurt has transformed into disproportionately significant events - that's not to say that we have over-reacted, or that the experience was not acutely painful or unjust, or damaging, but those dominant experiences have flooded out much of the space that should be filled with the many positive experiences we have lived.

A dominant, negative influence form the time of your emerging self (adolescence) can scar emotional tissue leading to a 'damaged' adult self. The negative opinions and experiences absorbed in adolescence, travel like a forward echo through our present and future. Disguising itself as our own internal voice; that voice of doubt and self-hatred.

Throughout my adolescence, I was bullied - not physically, but emotionally, in the way that so many 'different' or 'unique' voices are. What made this worse is that the bullying came not just from the playground but closer to home. There are still comments and 'jokes' that I can recall with clarity; they damaged the very core of my self-esteem. The result of this was that I spent a lifetime in both my professional and personal life trying to be perfect, trying to prove I was a good person, an intelligent person, a kind person - a person beyond reproach, who would not invite criticism.

It was a form of internal O.C.D and it created in me a crushing fear of criticism - not because I was proud or arrogant or vain, but because I had learned from an early age that criticism comes hand in hand with rejection and total soul-destroying humiliation (especially when it came from those, who by social construct, we are meant to trust and love.)

In order to reconcile ourself with such abuses, it's as easy and impossible as silencing that dominant voice (the voice of the bullies, the abusers) That voice nestled deep down amongst our fears and told us we were unloveable, we were rejected, and strange, and odd, that we were ugly, and stupid,- and most of all we were viewed by the world as something, 'wrong'.

And the reason we failed to recognise them as lies were because they were the same lies our inner voice claimed as truths. Dominant, negative voices reflecting our own sense of failure.

That emerging time, when we are all so vulnerable, when we are beginning to understand we are a self, a being, a person; it open to abuse and damage from those who are older, or in a position of authority, either by position or by tribe hierarchy. Those dominant voices filled your head full of their own fears - they projected their own toxic ideas onto you, because it was a way for them to release them in a way they believed made them look strong in front of others;


It was an entirely selfish act of transference on their part. It actually had nothing essentially to do with you. You just happened to be in the wrong place, at the wrong time, with the wrong person - a metaphorical punch bag, which they used to exorcise their own fears and perceived failures.

When we realise this quintessential truth, we can reconcile ourselves with the understanding that we were not responsible, it was not our fault, we were not deserving - we were purely a vessel to be filled with their own darkness, then we can begin to empty out their poison and reclaim that vessel for ourselves. We can be free from their hatred and fear and we can finally quiet their voice, freeing us to step out build something positive from our own talents and skills.