Viking, wolfmen, vampire hybrids... what's not to love in this new YA series? 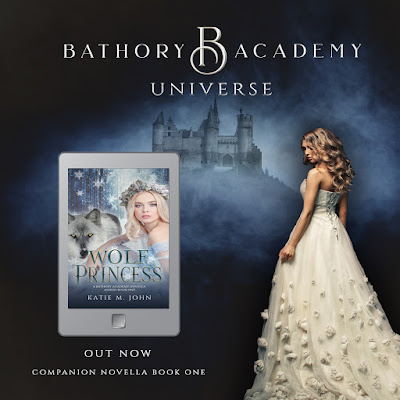 ***RELEASE DAY*** I am super excited to let you know that 'Wolf Princess' (Part of the Bathory Academy Universe) is now live on Amazon.

It's available for FREE DOWNLOAD on KINDLE UNLIMITED and just $2.99 on Kindle.

The Wolf Princess novella series can be read as either a series in its own right or alternate them with the Bathory Academy series for a universe reading experience.

When there are so many elements to your identity, it’s hard to know who you really are; especially when everybody has a very clear idea of who they think you SHOULD be.

After being left for dead on the boundary of our settlement, having been attacked by Jeorge, the only boy I have ever loved, my father sent me, and my protective pack of wolfboys, to Scotland, to the safety of Bathory Academy, school for vampires.

But the gods have another path for me and so I’m ever connected to the land of ice and granite, to the forests and the sea.

*
In this companion novella series to Bathory Academy, Astrid Nordskov is forced to face the brutal reality behind her attack and comes to understand that the old gods have a very new vision for the princess of the last Viking clan.

With northern magic, Norse folklore, Vikings, shifters and vampires, The Wolf Princess series can be read as a series in its own right or alternated with the books of Bathory Academy for a fully immersive experience.