A chance for you guys to have a nose into the real life of being an author-mum-teacher-wife-publisher-domesticengineer-holidayorganiser....

July and August is always a strange time in my writer year; it's a time when like an occluded weather front, things all crash into one another and threaten a good lightening storm. 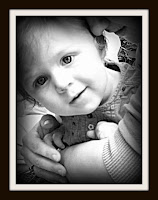 Firstly as a teacher at a secondary school, there is the impending end of term with all the excitement and activity that goes on with that; from tea-parties, to carnival days, to school plays, to parties; it's all a little crazy. Of course, all of this has been multiplied by my daughter Rossetti now also being at school, so stick in to the crazy schedule; Reception class discos, picnics, school trips to pack for, sportsday, report celebration dinners etc etc.

It was also my daughter, Betty's first birthday party on 20th July which involved a massive family garden party, which we coupled with a christening of the 'new' garden the hubby and I spent three July weekends (in a Level 3 heatwave) hard landscaping. As a result of this emotional outpouring and general physical exhaustion, not much writing got done in the early part of July.

July also saw us realise the dream of purchasing an old VW camper van with the intention of touring for a couple of weeks in August to Brittany in France. Her name is Ruby and although a complete rust-bucket we love her. Good times coming, but with a five year old and a one year old, a touring holiday takes a surprising amount of planning. Stay tuned for the holiday blog (we're taking in several locations that appear in Book Three of The Knight Trilogy)

However, I managed to plod on through July, keeping the blog ticking over, reconnecting with peeps on Twitter, revamping the website www.theknighttrilogy.com , and working with a graphic designer on the finalised designs of The Knight Trilogy makeover. I even managed to reconnect with a few marketing channels that I used in the early days of the Knight Trilogy. It's amazing how quickly your marketing presence (and sales) fade when you don't keep up with the relentless pace of marketing you have to undertake to just get your book out there amongst the big house publications.

I continued to snatch a few hours here and there to continue with the current novel, Book One of The Meadowsweet Chronicles (A series about modern day witchcraft in a sleepy English village) clocking in 80,000 words and planning out the climax and conclusion of book one.

Throughout July I have also been serialising my novel 'When Sorrows Come', which has had a great reception. Originally it was written as my 2012 NaNoWriMo project and serialising it on Wattpad has been a chance for me to re-read and do basic edits to it in preparation for publication later in the year. I have purposely under-editied it because I want it to stay as pure to the original creativity as possible; a kind of exercise in spontaneous writing. It is (although I shouldn't be rude enough to say it myself) a beautiful story and the characters are heartbreaking. I feel I can say that because I have no real memory of writing it myself - it is as if it is the work of ghosts.

I decided last week to utilise the potential of linked in and put out a call for authors who might be interested in cross-promoting. The response has been awesome (if not a little unexpected) and I am currently organising a cross promotional tour for over 50 authors as well as offering mentoring, tutoring and consultancy to some newbie indie authors.

This week also saw the bell ring for Coffin Hop. Coffin Hop takes place in October and is when around 100 of my horror homies get together to generally have an online festival of horror. I love the genre and do pen a bit of horror during the year even though it isn't my main genre. It's a great chance for me to reconnect with some awesome people who I tend to shamefully neglect the rest of the year. This year I am planning on collating together some of my horror shorts and will be launching them during Coffin Hop, as well as launching 'Night Shade'.

As a member of the publishing team at Little Bird Publishing, I run the anthologies project Dark Heart and Night Shade. Earlier this year we successfully published Volume One of Dark Heart (An anthology of YA fairytales) and in October this year we are publishing Volume One of Night Shade (An anthology of traditional horror stories) This involves me selecting 7- 10 stories from nearly a hundred submissions, editing them, working with their authors and then publishing the volume. I am currently editing the second of seven tales (so need to pick up pace there)