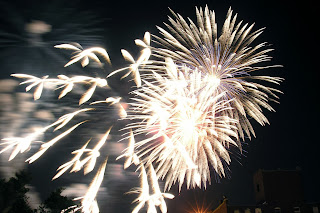 Really proud to announce that 'Beautiful Freaks' is now officially a 2013 semi-finalist  in  'The Kindle Book Review Awards 2013' in the Young Adult Category. To sit alongside some truly amazing YA books is a true privilege; and it certainly adds truth to the adage that it's not the winning that matters but the taking part.

I'm also pleased to announce that 'Beautiful Freaks' has at last made it into the top 100 category for horror in both the UK and USA, sitting at #30 in both charts earlier this week.

You'll know if you have followed this post regularly that 'Beautiful Freaks' has struggled to break through the market; possibly because of its slightly unique genre and the difficulty placing it in the right channels on Amazon. You will also know that it is my very special baby, and certainly the writing that I am most proud of, something that appears to be validated by the solid and complimentary reviews that have appeared on Amazon from those brave enough to take a chance on a different kind of YA read. 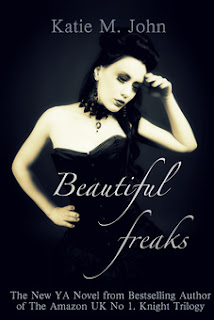 It has recently been on free promotion on Amazon, but if you missed that, I shall be reducing the price of 'Beautiful Freaks' down to just $0.99c until the new year to give other readers the chance to get their hands on a copy at a low risk price.

SYNOPSIS
**** A PARANORMAL GOTHIC DETECTIVE TALE ****
"Fans of Tim Burton will love this book! It's totally, darkly delicious." (The Murder House)
From the Amazon bestselling writer of 'The Knight Trilogy' comes the stand alone novel fans have been waiting for. 'Beautiful Freaks' is a decadent tapestry of all things fairytale, dark and murderous.
Between these pages you will find yourself transported back in time to the high Gothic. Victorian London.
The year is 1899 and both the century and the Queen are dying.
As the London populace is gripped by a terrifying series of paranormal murders,
eighteen year old Kaspian Blackthorne finds himself on a decadent journey of self discovery.
Victorian London is a place where appearance is everything, but sometimes
appearances can be deceiving. Behind the grand houses, carriages and silks, London is a dark labyrinth of sorrow and violence.
Amongst the gambling dens, dancehalls, and brothels you'll find No 7,
known to its members as Eve's; the most exclusive club in London, infamous for its 'Palace of Beautiful Freaks'.
Each exhibit has a history, each their own unique story.