Review of The Hobbit #3: The Battle of The Five Armies 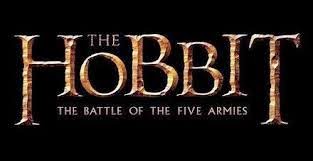 Last night I attended, as a red (or should I say green) carpet guest, the worldwide premier of The Hobbit: The Battle of The Five Armies. Wow- what an amazing and phenomenal event. I cannot communicate in words the awesome (word used in its original form) atmosphere, the energy or the pure insanity of the occasion.

Fans had been queuing for days just to be allowed into the cordoned off viewing area, and boy, had some of them made an effort; from elves, to dwarves, to Gandalf himself. Flanked by 50ft screens showing dramatic highlights, and surrounded by the most incredible music, the stars of the show (and us mere mortals) spent a good hour just hanging on the green carpet and taking in the spectacle. As I got to meander between celebrity after celebrity, it felt like I was walking through Madam Taussauds only everyone was alive. However, I did manage, despite being totally overwhelmed and starstruck, not to make a complete idiot of myself by asking for selfies with the gorgeous Orlando Bloom (yes, he is still that beautiful close up) or by asking for a snog with the handsome Benedict Cumberbatch (As hubby was there, might have ended up in a 'bit' of a scene' LOL) 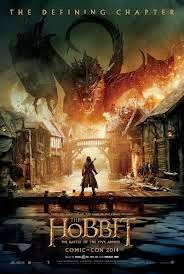 Taking our seats, we got ridiculously excited about the host box of goodies, all with a Hobbit theme, which was really cute. I especially enjoyed the Chilli rice crackers, amusingly called 'Smaugeon Firecrackers'

With the stars of the show seated, our 3D glasses on, the film literally exploded (almost uncomfortably) into life with scenes of the monstrous incarnation of greed and evil, Smaug, the dragon obliterating the town of Laketown and displacing its inhabitants in what is almost biblical in its sense of exodus. As buildings crashed around us, and numerous extras struck the 'I'm scared witless' poses direct to camera, the hero soon emerges, Bard the bowman, played by Luke Evans is both an incarnation of rugged hyper-masculinity and new-age fatherhood.

With a strong moral about the love of gold and its ability to corrupt even the most good of heart, The Battle of The Five Armies relies more on an intricate tapestry of morals, fables and allegories than good old fashioned narrative. Yes there is a plot - a small one, extended out miraculously into over two hours worth of film, but it is pretty basic, with an element of love interest, which felt as if it had been sort of thrown in there just for something to actually be happening other than battle scenes (which I suppose given the title, is a legitimate major concern for the film.)

There are some strange moments in this film, which can only be likened to having eaten some kind of Middle-Earth mushrooms and going on some crazy trip. On at least two occasions we are lurched forward into some weird, sliding, blurring film moments (made somewhat more sea-sickening by the 3D glasses) in which, quite honestly, I wasn't entirely sure what in Middle Earth was going on! As best I could work in my slightly over-stimulated mind, was that some ethereal equivalent of FBI squad turned up to busted the incarcerated Gandalf free from his bleak and dreary incarceration.

Now, I'm not going to go and give any more details about the actual events of the film - because I don't want to issue spoilers, but what I will say is the following;

This is epic cinema at its most epic. It is completely consuming, and with the 3d element it makes you feel (in a way I have yet to with any other 3d film), completely part of the action. The sheer scale of this film and its cinematography is almost utterly overwhelming and the boundaries between reality and fantasy are completely erased.

It's not much of a plot to sustain a 2 hour film on, so if you're looking for an intricate plotl ine with twists and turns, it's going to disappoint on a level - but what is lacking in narrative structure, is more than made up for in the incredible sense of action and excitement. It is captivating, purely for its sense of scale, and is a fitting finale for what has been an incredible artistic endeavour. Jackson is likely to collect a whole armful of Oscar nominations for his efforts, of which he rightly deserves.

There is no doubt having listened first hand to Steven and his actors, that the LOTR team have been a dedicated and passionate bunch. The translation of Tolkein's epic fantasy was certainly a challenge, especially when being made for such a fan base.

Would I watch it again? I'm glad that I have. It was definitely worth the viewing - and I can't recommend strongly enough to go and see this is the cinema (it needs the scale and the surround sound) but for me personally, there just wasn't enough actual 'story'. I tire easily of fight scenes, impressive as these are. However, for many viewers, I imagine that this is the very thing that will make it a great and much loved film.

Overall, I would rate The Hobbit: Battle of The Five Armies 4 stars out of 5, but I would offer a standing ovation and a whole universe for Jackson and his tenacious pursuit in completing an 'impossible' challenge. Bravo, Jackson. Bravo!