A Wattpad Reader & Me Project. 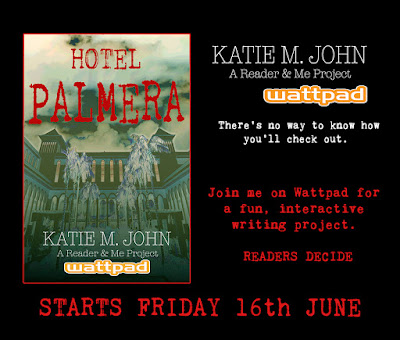 I want to keep my writing fun, positive and interactive.

As is my nature, I want to push against the tide of broadcast authoring and writing in order to chase the $$ and I want to write because I LOVE writing.

This is why I'm about to invest huge amounts of time and fun into a Reader & Me project. I'm wanting to get back to the days of growing meaningful, joyful relationships between our entwining stories.

Next week sees the launch of my Wattpad project 'Hotel Palmera'. This is how it's going to work.

I will post 3 short chapters establishing world and premise. They will be released one a day. At the end of those chapters you will be asked a series of questions as to which direction the next chapter takes.

Think those choose your own adventure books when you were a kid. 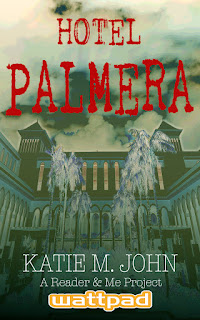 It's an iPhone project. Spontaneous. Flash fiction (there may be type errors lol) - it's going to run until it ends.

On the beautiful, remote island of Comino off the coast of Malta is a luxury hotel. Not quite as many tourists leave as arrive. But what mysteries does the hotel conceal? What dark characters roam its corridors? And what exactly goes on on the 13th floor? Is the Hotel Palmera a place where romance can flourish, where dreams come true, where nightmares manifest?

What happens? You decide.

The MC narrative voice is 22 year old Natasha Klein. Recently split from her boyfriend and embarking on a gap year funded by inheritance.
Who will she meet? You decide.

More details and official launch announcement later this week.
Here is my Wattpad handle. I'll see you there. Fire up your imaginations, it's going to be an epic ride. http://my.w.tt/UiNb/Zs94CVkmWD
Posted by katie M John at 03:10