So here's a funny story... or not so funny... or maybe awesome---I'm still deciding. I think it's awesome! And I'm taking it as a huge thumbs up from the universe.

Book 1 'Vampire Hearts' is due to go on pre-order from today (Hurry up Amazon processing files) and the other three books throughout the rest of the year. They are already written.

Here is the Design mock ups from the file time stamp July 26th 2019 Notice anything similar? 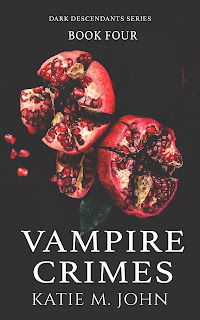 Here is the polished final cover as of last week.. 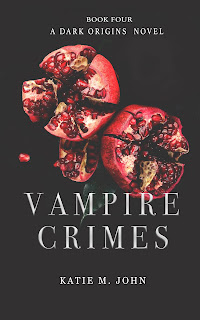 Yeah, I'm like wow.... followed by hysterical laughter. Last night Stephanie Meyer's publisher released the never seen before cover for her surprise release Midnight Sun.... I AM SOOOOOO EXCITED!! But imagine my surprise when I saw this.

And here is Stephanie Meyer's surprise book reveal as of midnight last night... 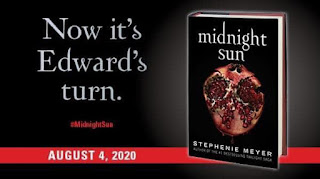 Yes of course I'm going to change my design for Book 4 of my series! Stephanie Meyer is one of my book heroes. The very first book I wrote a decade ago, The Forest of Adventures (Book 1 of the Knight Trilogy) is dedicated to S--which stands for Stephanie because she unlocked a passion for storytelling in this dusty old literary scholar.

So I just thought I'd share this bizzare little twist of strange book world fate and coincidence because sometimes great minds really do think alike, and the universe likes a giggle.

Also I wonder if her publisher knows I'd have made her cover for her at half the price of their designer HAHHAHAHAH!


In the meantime, if you can't wait for August and are looking for a fabulous vampire fix, Book 1 of Dark Origins is now available for pre-order on Amazon Kindle and will be released JUNE 2nd 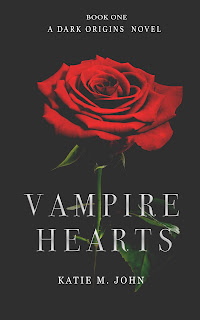 Alexander Augustine had loved his girlfriend, then he'd nearly killed her. That was his curse; his dark origin.

On the run from the human world, he finds himself at Bathory Academy, home to the children of the world's most infamous vampires.

But with the rising vampire powers of students comes the brutal race to see who will be crowned the next king or queen of the vampire world. And some of them will stop at nothing to claim the throne... or their own immortality.

But Alexander isn't interested in crowns and thrones. All he wants to know is whether he still has a heart.


**
N.B:
For curious souls, here is the screen shot of me reworking the covers for the series formerly known as Bathory Academy. Vampire Hearts had been a novella that was part of the Bathory Academy novella series. That novella was then reworked into a fully extended 75k novel along with the other in the series with plans to relaunch under WIP title Dark Descendants / then final Dark Origins series title. The design for this cover was done on July 26th -ridiculously early in the morning HAHAHA 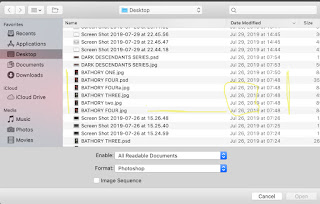 Also note how terrible most authors are at keeping their files organized and named properly LOL.